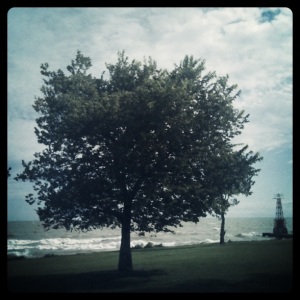 Regret can be your worst enemy or your best friend. You get to decide which. — Martha Beck

I live my life with the intention to always grow and evolve, but there have been many times I’ve failed. I am human, after all. I prefer not to dwell in the space of regret, but a few exceptions continually nudge me. Gently reminding me that life doesn’t always work out exactly the way I want it to, even if I try to make it better.

A few years ago, I lost my best friend. No, she didn’t die, the friendship did. We’ve always been very different people, but the glue that held us together was the fact that we loved each other for all those differences.

She has balls and an iron will. I can be fickle and stubborn. She’s gorgeous and can cook the most amazing meal you could ever imagine and she won’t even complain about it. I’m not very good in the kitchen, but I’ve got a good smile. When she doesn’t like someone or something, she has no qualms telling the person. I don’t like hurting anyone’s feelings intentionally. She’s no muss, no fuss. I’m honest, but prefer to avoid conflict. She’s also a bit of a control freak. I like to go with the flow. She always has to be right which can be rather intimidating. On this, we are very similar. She’s one of the strongest people I know and she doesn’t take any shit from anybody…including me.

We both have our sides to this story. Here’s mine.

She had come for our annual girls’ weekend at my house in Chicago. Everything was going pretty well until the last day. Since I had not been feeling well, she agreed to let me drop her at the train that would take her to the airport. I didn’t want her to leave, I could feel the sadness welling up already. I parked the car and walked her to the train so I could spend every last second with her before we had to say goodbye. I cried walking back to the car. I felt so alone.

She called me frantic from the airport. The train was miserable, construction issues created the need for bus detours, she felt a little motion-sickness and now she wasn’t going to get on the standby flight she wanted. She was furious. There were lots of things said, but the thing that stuck out in my mind was, “I f’ing hate Chicago. I’m never coming back.”

I took it personally. I was so hurt I couldn’t even think straight. I was at home going through my closet trying not to feel so sad and she was pissed and seemingly taking it out on me. I had tried so hard to make the visit fun. I felt like I had let her down. I looked up alternate means of transportation. I told her I would pay for a bus ticket if she needed to get home and couldn’t get a flight. When we hung up, all that sorrow was quickly replaced by anger. I felt like she had left me to resolve her problem and it wasn’t really that big of a problem. Everyone deals with traffic delays of one kind or another in Chicago. No one ever gets out on time on a flight out of O’Hare. What was the big deal? Why did that have to mean she was never coming to visit me again? How could she say that to me? Did she even thank me for trying to help her? I don’t think so.

A few weeks went by and I was sucked up into the inevitable life cycle of work, sleep, repeat. My health was finally starting to improve. I would think of our last conversation often and was surprised she didn’t want to apologize for the phone freak out. But she didn’t. I was still hurt and I didn’t know how to tell her. I kept thinking it would go away on its own. I would get over myself, it was no big deal. But the more I tried to imagine how I would tell her she hurt my feelings, the more I realized, I couldn’t tell her how I was feeling because she would get mad at me rather than hear me out. I didn’t want to fight. So I said nothing. I pulled back. Then I told her in an email. She called me something a little harsher than a chicken. I didn’t disagree.

She was furious. She wanted me to fight. But I didn’t want to fight because I don’t like conflict. I wanted to be heard. She wrote me a letter saying she didn’t think she could be my friend anymore. I was devastated. I told her I was sorry she felt that way. That pissed her off even more. She’s never spoken to me since. I guess she doesn’t see the point. I’ve tried to reach out. I’ve tried to connect. I told her she would always be my friend even if she never spoke to me again.

Relationships can be so fragile. Even the ones you think will last forever. I regret not finding a way to say something sooner. I regret that we aren’t able to talk on the phone and share where our lives have taken us. I regret that I won’t really get to know my godchild. I regret that we won’t get old together. But I don’t really think I was wrong. I knew she would get angry and she did. I just didn’t realize she would never get over it enough to want to be my friend again. I was really wrong about that.